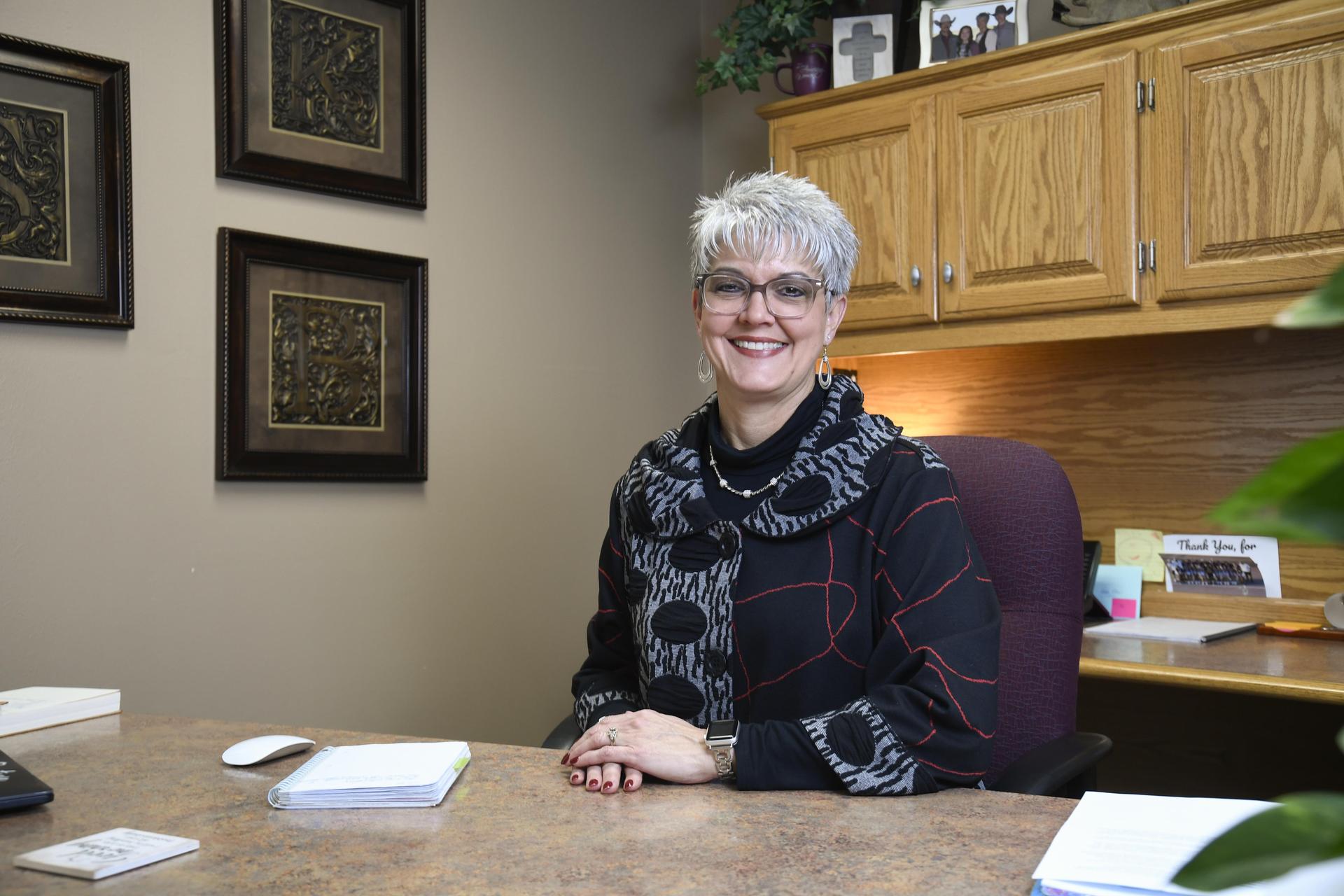 As the Superintendent of Hereford ISD, Mrs. Sheri Blankenship is passionate about ensuring academic excellence and creating pathways for student success when they graduate from Hereford High School.  She is devoted to the students of Hereford ISD and brings to life the district’s mission of Committed to Children, Dedicated to Excellence.

Sheri Blankenship joined Hereford Independent School District in August 1996 and has served in many different capacities such as a Teacher, Assistant Principal, Curriculum Director, Personnel Director, Executive Director of Personnel and Assistant Superintendent of Professional Services.  Mrs. Blankenship was named Superintendent for Hereford ISD on September 30, 2016 and began her duties on October 1, 2016.

Mrs. Blankenship and her husband, Jared have two children, Lang and Lanae.

Secretary to the Superintendent: ﻿Carolyn Hiltbrunner